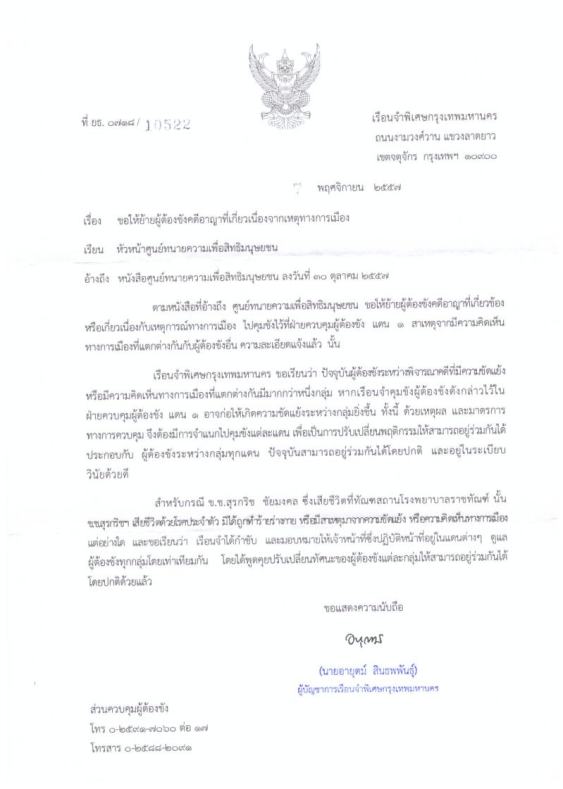 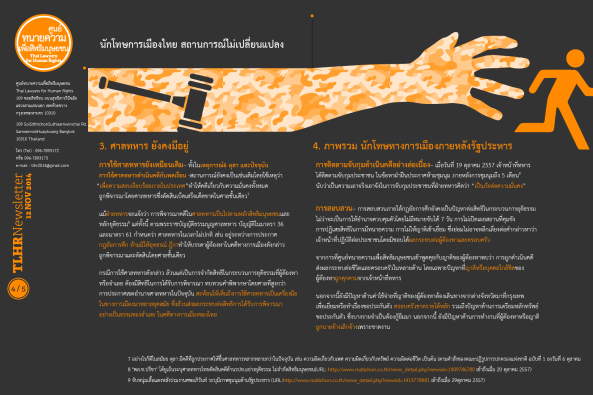 Suppression of freedom of expression must be stopped

Thai Lawyers for Human Rights Center (TLHR) was informed on 4 November 2014 that the individuals who have signed their names in the statement have received phone calls from local military personnel. Some of them have found their homes being raided by fully armed military officials, administrative officials and the police and they were taken away and asked to give information to the authorities. Two of them have gone to report themselves to the military at the Prachak Military Camp in Udon Thani. Apparently, the military officials asked about their motives in issuing the statement. Upon their release, they were forced to sign a document indicating their obligation to immediately present themselves to the authorities once summoned. Other individuals in other provinces including Mahasarakham and Khon Kaen may present themselves and meet the military authorities as summoned later.

TLHR feels deeply concernedly about the operation of the military officials as follows;

TLHR demands that the military stop suppressing the exercise of the right to freedom of expression of the individuals and other groups and repeal Martial Law countrywide as well as observe the rule of law in their governing of the country. Reform shall not take place without an effort to listen to opinions from all parties and without the enforcement of law equally among all people.

With Respect in sovereign power of the people